You are here: Home / Featured Books / Zen and the Art of Dying 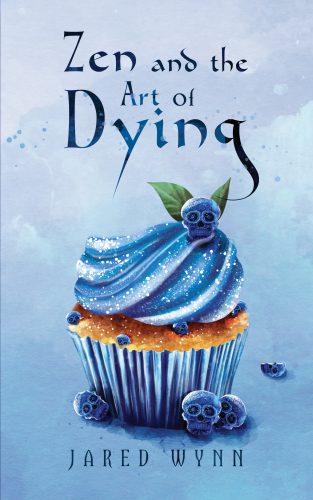 About Zen and the Art of Dying:

Kenny has two problems. First, he’s a Reset, which means that whenever someone murders him, he wakes up on the morning of his dying day to start all over again. Which might sound like a pretty awesome superpower, but it’s actually super sucky because he’ll eventually die of cancer or old age, after which point he’ll just keep reliving his agonizing dying day forever.

His second problem is people keep murdering him.

So he teams up with another Reset and they storm the lab where it all began in an effort to undo this unordinary death disorder. They keep dying, they keep trying, and then they keep resetting and relaunching their attack until they almost succeed. But then the girl Kenny fell in love with gets kidnapped, and then his partner gets kidnapped, and then pretty much everyone else gets kidnapped, leaving Kenny all alone with his thoughts and a nagging question that just won’t die: what’s left to save when everyone and everything you know is gone?

Author Bio:
Jared Wynn spent his formative years in Latin America, Eastern Europe, and the Middle East as an expat and diplomatic dependent. After what felt like several lifetimes overseas, he returned to America to pursue a higher education while bouncing around between odd jobs. To date, he’s been a cook, a bouncer, a geophysical technician, a hypnotherapist, a screenwriter, a Jujitsu instructor, and a standup comic, all of which he thinks make him a better writer but which probably just make him eccentric. He currently resides in Southern California with his wife and three stepkids.