You are here: Home / New Books / Truth and Light by Kevin Waldeman 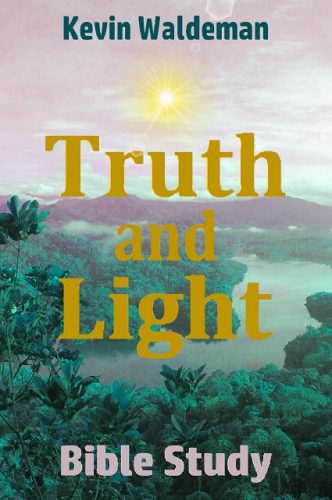 About Truth and Light by Kevin Waldeman:

People have struggled with Biblical truth for centuries. So why have we ended up with so many contradictory ideas? It’s because most of the truest answers can only be found within the symbolic language of the Bible.
It’s a language which Jesus and the apostles firmly believed in, and more than once referred to.
Some other subjects included are, alive in Christ, the rapture, the Middle East crisis, UFO’s, and God’s throne.

Author Bio:
I had a very rough childhood, and by the age of seventeen was feeling suicidal. But God came into my life at that time and pulled me out of the fire.
Some time later after studying the scriptures for a few decades, I received a calling from God.
As I responded to that calling, my mind was suddenly opened to wonders and mysteries of the scriptures.
Probably the best way to describe it, would be to say that God gave me “ears to hear”.
If you can imagine what it might feel like to suddenly be transformed into Sherlock Holmes, that’s exactly what it felt like.