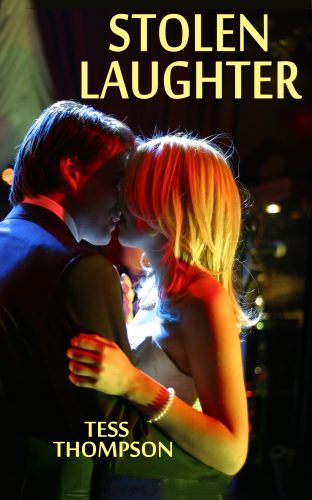 About Stolen Laughter by Tess Thompson:

A romantic psychological thriller with twists and turns that will leave you breathless.

After Bryce Cameron’s wife Hannah disappears from a cruise ship and is presumed dead, he struggles to pick up the pieces of his life, but he never accepts that she is gone. Then, at his brother Quinn’s engagement dinner in an elegant restaurant, he hears Hannah’s distinctive laughter from across the room. Before he can speak to her, she steps into a limo and speeds away.

Bryce’s search to find her ignites a slow-burning fuse as he enlists his brother’s help, and their discovery of long-buried secrets about Hannah’s birth leads to a nail-biting conclusion,

“Mystery, danger, and intrigue pull you in and keep your interest from the beginning to the end.”

“Intertwined plots follow the brothers and the women they love.”

Tess Thompson is a pseudonym for two sisters who write romance novels as a team. Charlene Tess and Judi Thompson live over 1400 miles apart and co-write using cell phones, texts, and emails. They began writing together in 2002 and have published 26 titles together.
Judi and her husband, Roger, live in Houston and Charlene and her husband, Jerry, live in Denver.