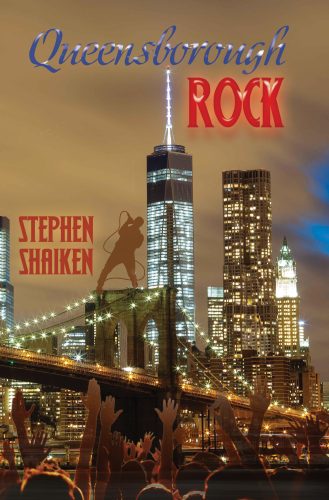 It’s 1971 and young Jack Bernstein is a struggling rock ’n’ roll manager in New York City. Instead of a fancy office in Manhattan, a flashy car and backstage passes, he operates out of a basement apartment in working-class Queens, driving a cranky eight-year-old Volvo as he trolls third-string venues for hidden talent. He suffers enormous betrayal when Manhattan agents or “sharks” steal his top talent. Jack financed a demo tape for his top talent by borrowing from a loanshark and pawning a friend’s guitar. When the tape fails to land a deal, Jack’s last hope is an offer from a friendly Queens mobster: manage his obnoxious nephew as best he can and doors will open. New York City in the late sixties and early seventies comes alive with all its intensity.

Stephen Shaiken practiced criminal law in for more than thirty-five years, the first four in Brooklyn, and the rest in San Francisco. He is a graduate of Queens College and Brooklyn Law School, and earned an MA in Creative Writing from San Francisco State University before starting his legal studies. He and his wife Josie are residents of Tampa, Florida.

Queensborough Rock is a different kind of novel, set in New York City in the late sixties and early seventies. The protagonist is a young rock and roll manager struggling to break out of the second-tier Queens rock scene into the glamor and stardom of Manhattan. The novel was very loosely inspired by Stephen’s brief career as a rock manager in 1970-71.

When he isn’t writing, Stephen enjoys travel, gardening, yoga, guitar, and following politics and current events with a passion. He’s a voracious reader of fiction and nonfiction in too many genres and subjects to list.