You are here: Home / Fiction Books / Powerballs: Be careful what you wish for 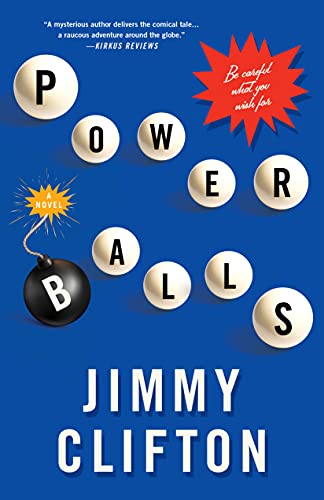 About Powerballs: Be careful what you wish for:

A sudden windfall – and the money to make every dream come true…
With finances and marriage strained to the breaking point, Rose and Henry Ball dream of new lives filled with romance and adventure. Then Fortune takes a hand. Against all odds the couple win a record Powerball lottery. The sudden windfall is the answer to all their prayers. Or not.

Helpless to resist the sirens’ song, the Balls leap feet first into the intoxicating world of the super-rich. Henry drifts into treacherous waters on a mad Russian oligarch’s yacht, while Rose throws caution to the wind and rushes headlong into the arms of a beautiful, dangerous stranger. The Balls are in way over their heads by the time Fortune reveals her capricious nature. A swashbuckling investment banker entrusted with their wealth has rolled the dice and lost. Now, money can’t save Rose from a terrible fate. It’s up to Henry to come to her rescue.

The pleasures and perils of sudden wealth spring to vivid life in the rip-roaring POWERBALLS, where wealth and security are illusions – and only love endures.

Author Bio:
JIMMY CLIFTON was reported lost at sea in the early morning hours of June 7, 2020. His crewmates on the fishing boat Miss Rosie Mae remember his prodigious capacity for rum and a gift for spinning yarns that helped captain and crew endure those tedious stretches on the open water.
He left a loaded .45, an old photo from better times, and several manuscripts as the only clues to a life well lived.

​But the tale doesn’t end there.
The task of curating the Jimmy Clifton series and bringing this gifted writer’s intriguing novels to light has been left to MICHAEL HAYES, Clifton’s only known living kin. As a longtime ad man, Hayes shares Clifton’s talents for weaving tall tales and stretching the truth.
This first in the Clifton series is called POWERBALLS. A cautionary tale if there ever was one about the perils of sudden wealth, and what the almighty dollar can do to a man’s, or woman’s, soul. In the immortal words of Jimmy Clifton, Be careful what you wish for.
We think you’ll like it.