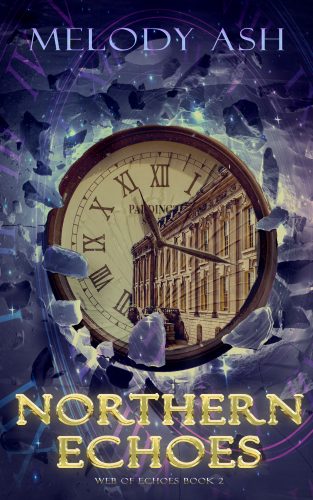 She’s a no-holds-barred, kick-butt, don’t-cover-the-ugly-parts archaeologist. History wants to teach her a lesson.

Caitlin Benoit assumed the next destination would be her time, her world. Instead, the stone thrusts her further into the past and onto a different continent.

Now in 1831 England, she’s discovered by William, the Duke of Lancaster. By sheer luck, he’s willing to allow her into his manor. While she fights to gain a footing in this new time, Caitlin discovers the stone also ripped John from Charleston.

Everything she thought she knew about how the stone worked is false, and neither John nor her understand how to escape the grip of the past. As they work to uncover the mystery of the stone, an acquaintance of the Duke plots an intricate scheme certain to destroy them all. She and John must solve the puzzle in an unknown amount of time or risk getting stuck—or buried—in 1831.

I grew up loving the endless possibilities Fantasy and Sci-Fi held between their pages or played on the big screen. Star Wars, Stephen King, The Neverending Story, vampires, Disney, I loved it all (and still do!) At age ten, I picked up a pencil and began coming up with stories of my own that toyed with other worlds and the mysteries of this one. ​
When I’m not delving into the worlds created by words, I’m digging into Ghiradelli chocolates and creating memories with my family.