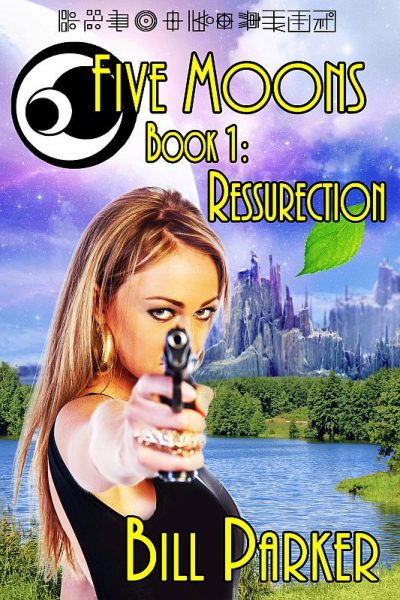 I am he who stands at the center of Five Moons’ shadows. Clay of Earth, they did come in peace… or so they said. In peace, indeed, they came, but evil trailed behind them like a foul stench. It overcame their good intentions. It left the blood of four innocents on my hands. Clay of Earth, know this to the very core of you: yours were the people cast into the outer darkness because of the evil in their hearts
“So it was that evil men had wrecked the starship Tesseract, built with Anoza technology, and killed its crew. To hide the evil that was done, they flew an unmarked ship into space docks intending to scrap it out.
By the end of the Corporate War, Dallas Blake had lost everything: his wife, his daughter, his whole family. He was a man in need of far more than just a new beginning. What Dallas needed was a resurrection. Dallas went to the Union Fleet space docks to buy a war surplus scout-class ship. Instead, he unknowingly buys the Tesseract. It does not take Dallas long to discover that its crew of artificials seems way more human than they should be and every bit as much in need of a resurrection as Dallas.
Dallas Blake is outworlder to the nines and ready for whatever life throws at him, except maybe for Mariah. Despite the fact that she is extremely smart and multi-talented, she can drive a sane man crazy and frequently does. And, oh, by the way, did I mention that Mariah is techno? Mariah is but one of the mysteries of the ship once called Tesseract, now named the Five Moons.
No one was cutting Dallas any breaks. The ship’s alien technology and artificial life forms are the mysteries that he must solve as the action-packed rescue of Emma from more than just the mercenaries that kidnapped her leads Dallas and the crew of the Five Moons into danger.
At this point, however, I must warn you – Five Moons: Resurrection is not your father’s science fiction. It is funny. It is a love story. It is a mystery. It is science fiction with the full flavor and robust action of a guns blazing Western. So, put on your recon armor, grab your pulse-rifle, and get ready for full contact, take no prisoners sci-fi that does not quit on your mind to the very last word.

Author Bio:
Bestselling Author, William Parker, spent most of his career engineering high-tech manufacturing systems for companies around the world. An accomplished deep space astrophotographer, he was a contributing editor for Modern Astronomy magazine when it was based in Attica, New York, working mainly on astrophotography articles and projects.
Bill has been a Black Belt in Isshin Ryu Karate and a martial artist for more than forty years. The times when all that stood between him, and certain death was his martial arts gave Bill the indomitable spirit that pervades his thinking and writing to this day.
Bill calls Earth his homeworld, but he is a steely-eyed outworlder to the very core of him.