You are here: Home / Featured Books / Black And White Are More Than Colors In A Crayon Box 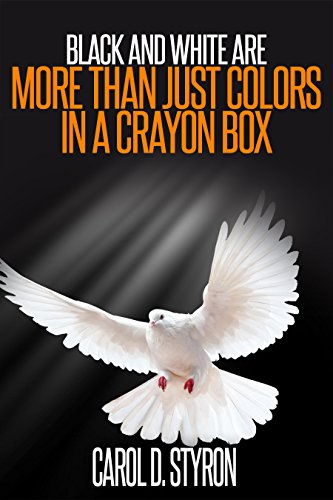 About Black And White Are More Than Colors In A Crayon Box:

Brandon George is an ambitious banking executive whose father, Clayton George, is a white racist. Even though Brandon does not approve of his father’s racist ways, he lets it influence his decision to suppress his attraction to an employee he just hired, a young African American woman named Delvina Jones.
Another obstacle that prevents Brandon from giving in to his attraction to Delvina is an incident that took place in his childhood that has tainted his romantic relationships with women.
Delvina Jones has her own issues, which initially causes her to deny her attraction to Brandon George. While growing up, Delvina’s straight-talking, church-going mother taught her that white men only wanted one thing from a black woman, and that didn’t include love or marriage. She also taught Delvina that people would never accept her because of her dark skin.
Another reason Delvina keeps her distance from Brandon is that she still has feeling for her on-again, off-again ambitious boyfriend, Matt Ross. Matt was her first and only lover and the man she has wanted to marry since she was a sophomore in college. Although Delvina still cares for Matt, she is getting tired of their non-committal relationship. After Delvina starts working for Brandon George, she finds herself increasingly attracted to him. She starts to wonder if it’s time to move on from her relationship with Matt Ross and give someone else a chance. Will Brandon and Delvina let their family and friends’ racial views, and the pressure to stay with their own race, prevent them from being together? Or will they overcome their fears and insecurities and let love rule? Black And White Are More Than Just Colors in a Crayon Box is an unconventional story, which deals with the racial views of whites and African Americans, life, death, God, religion and love.

Author Bio:
Carol D. Styron was born in New York City, New York and raised in the Bronx. In her spare time she loves to read, write and enjoy life. Carol did not officially start writing until she was 22 years old. Inspired by the sudden death of a vice-president of the company, she had worked for, she put pen to paper by writing a poem, expressing her feelings about his death.
She has not stop writing ever since that fatal day. Up until last year, she mainly wrote poems, and short stories. Although Marrying for Fame is her first full-length novel, Carol states that it definitely will not be her last. Carol’s second novel is called, Black and White Are More Than Just Colors In A Crayon Box.