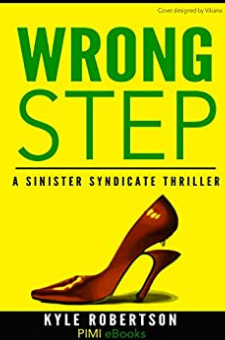 Being in the wrong place at the wrong time could get very deadlyIn the city with eight million stories, there was a dark tale of a young Ghanaian emigrant woman looking for adventure in New York because selling fruit in the market in Ghana bored her. Sheddi Dedzo was a very intelligent woman who learned photography, and happened upon a bodega robbery. She clicked away, and gave her camera to a police detective. Detective Tanaka caught the criminals because of her pictures, and put her in school to become a real freelance investigative photographer. She moved in with Moira McGuiness, a hedge fund manager. They became fast friends. Moira was promiscuous, and asked Sheddi to take pictures of her, and her new handsome Rastafarian beau Jabril. She didn’t know him well enough. Sheddi agreed. She thought it was a break from all the illegal activities the recorded. The couple went to the Jamaican Jerk club, and Sheddi followed. Jabril brought Moira to the adjacent alley to meet another Jamaican male. Sheddi took pictures from across the street. Moira found out she was being recruited by a sinister Jamaican drug syndicate, and refused the offer. The Jamaican syndicate head shot her in the back, Sheddi screamed, and was seen by the two men. She ran from them, and thought out of all her criminal picture taking, in helping her friend, she made a wrong step. How will she get out if being chased by a drug dealing Jamaican posse? A dark urban tale of a Ghanaian female trying to escape a sinister syndicate with the help of her African food charity volunteers, and a former United States Army Ranger.This thrilling story includes:•Shows the darkness of dating arbitrarily.•A female protagonist who uses her brains until she needs her brawn.•Multicultural adventure•Shows certain aspects of PTSD•References New York State well•Tells of how dangerous a Jamaican posse can be.•Modern action with slight humor, and a touch of romance. WARNING: Slight drug usage.