You are here: Home / Fantasy Books / Woodcastle: The Courts Divided Book One 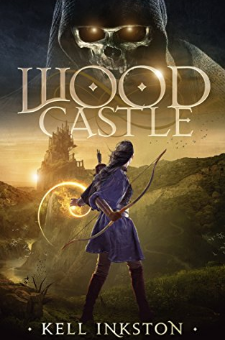 About Woodcastle: The Courts Divided Book One:

The Golden Throne has lain bare for thirty years. Once again, evil forces turn their gaze toward the decent kingdoms of the world, and now there’s no legendary king standing in their way.

Pulled from the front lines of a fool’s war, Knight Mage Meeo Letlind isn’t expecting a difficult mission, but she’s been wrong before. Alongside a mythic swordsmaiden and a half-dragon who’s as strong as he is cold, her team visits the hidden kingdom of the fae to investigate a gruesome string of unexplained murders. Initial evidence suggests that the human kingdoms are to blame, but are they really? When the search takes Meeo to the furthest reaches of the kingdom’s underground, she discovers a threat so ancient, and so unspeakably horrible, that she immediately becomes the target of accusations and doubt the moment she reveals her discovery. No sooner has she taken up her trusty spell bow does she find the very people she strives to protect calling for her head on a platter. Will she put this legend to rest, or will she and her team join the body count?

A sword and sorcery fantasy catastrophie unlike any you’ve witnessed, experience shock, whimsy and awe as a tightly wound enigma is deliciously-unraveled alongside a cast of knights, fairies, little cooks and a far-too-dashing overlord. To sign up for the newsletter and discover more books, make travel to https://kellinkston.com/ for goodies, free shorts, and more!

Kell Inkston is an extrarealmic S.E.E.R. analyst tasked with viewing and recording causal events within lower universes. He compiles these writings on the side for the entertainment of the public and to take credit for it himself – the jerk. If you were to tag him with a single niche, it would be “multi-dimensional fantasy” though that itself isn’t quite on the money.

His passions include coffee, birdwatching, gardening, videogames, and the beach he never gets to visit.

He lives with his split psyche counterparts and two psychotic dogs in uptown Inklend on Ivy Lane – the side of the street that doesn’t actually have Ivy on it.

Remember: Kell’s always thankful for your readership, and very much hopes you’ll read all of his books like a story-emaciated wild animal on the verge of mania – please take care, though!