You are here: Home / New Books / Wind of Choice by Marty C. Lee 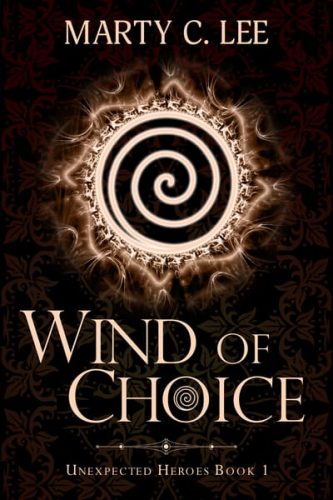 About Wind of Choice by Marty C. Lee:

Desperate to escape his fate…
…winged Ahjin strikes a bargain with his god.
But is his freedom worth the cost?

All sixteen-year-old Ahjin wants is to be a skydancer, but the god he doesn’t believe in has other plans. Assigned to be a priest, he runs away before his initiation.

But when his god is kidnapped and asks for help, Ahjin sees an opportunity for blackmail. In exchange for his own freedom, he’ll find and rescue the god from the mysterious force that’s somehow powerful enough to restrain the deity.

How hard could it be?

What Ahjin doesn’t know is that all the gods have disappeared. Suddenly, there’s more at stake than his own dreams. Without the gods’ care, the elements will destroy the world.

Aided by the gilled islander, fire mage, and shapeshifting healer he meets on the way, Ahjin races against escalating disasters. But can he save the world from shattering?

Author Bio:
Marty C. Lee told stories for most of her life, but never took them seriously until her daughter asked her to write the first in the Unexpected Heroes series. Between writing and spending time with her family, she reads, embroiders, and gardens.
Her characters take over her brain on a regular basis. If you catch her muttering to thin air, she’s probably arguing with one of her characters. She has learned to keep a notebook by her bed to jot down ideas so she can go to sleep and deal with them in the morning.