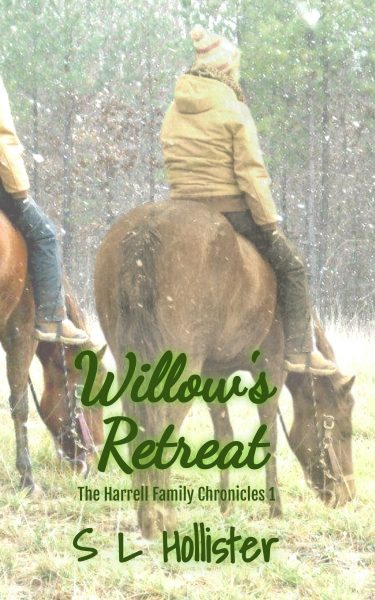 The psychiatrist and the farmer, they shouldn’t have met, much less fallen in love but they did and thirty years later their lives are still in limbo. They can’t go on pretending everything is okay. With the tragic death of her nephew, Dr. Willow Rider realizes she needs to make some changes in her own life before it’s too late. She isn’t a good wife and mother but she’s an awesome therapist. Can she heed her own advice and repair her broken relationships? Can she and her estranged husband, John Harrell find their second chance at happiness or will their families and the past destroy their fragile bond.

Saint John has always been the leader and martyr, doing what is best for everyone else, isn’t it time he find his own happiness? When his son is targeted for being a gay firefighter, accused in his cousin’s death and their town and family come under attack, John must trust others to help him battle the motorcycle club that threatens them.

Author Bio:
People have often asked me why I don’t write about my adventures raising six sons. I have to admit that I prefer to write their stories as fiction because no one believes the stuff they put me through if I tell it as fact. In fiction I can clean my boys up a little when I like them and make them the heroes of my stories and if they’ve pissed me off, I can make them the villains. It’s been a running joke around our house that mom will put you in her book and kill you off on page fifty, but some know they’re the smelly corpse discovered in the ditch at the very beginning of the story. Heck, it’s not even a threat anymore. My grandkids are begging to be put in my books and even telling me how I can kill them off. I mean really, where’s the threat in that? We put the fun in dysfunctional, what can I say? I have long conversations with my children and grandchildren about blowing things up and how to get rid of bodies. The holidays are never boring around our house.