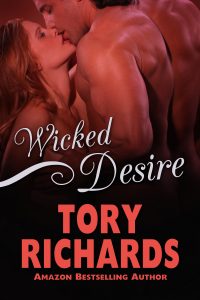 Both are running for different reasons.Maggie’s running from a dangerous ex-husband with the attitude that if he can’t have her, no one can. Matt’s running away, too, hoping a new beginning will help him get on with his life without the woman he loves. Trouble seems to follow Maggie though, and as the small town sheriff Matt has his hands full. Their attraction to one another only complicates things and as passion explodes between them Maggie’s ex shows up, threatening their happiness and both their lives.

Excerpt
“What’s so funny?” he demanded to know. A quick look revealed Dammit was still smiling up at them.

“A two-hundred-pound man being held at bay by a little pooch, that’s funny.”

“These are new boots,” Matt pointed out, crossing his arms menacingly. “Is this the thanks I get for repairing your washing machine?”

“Are you trying to intimidate me…Sheriff? Maggie put her hands on her hips in response to him crossing his arms. She was aware the action caused her breasts to swell gently over the low top of her dress. “I’d be careful if I were you.” Her eyes dropped down to Dammit and back up again. “I think I’m the one with the upper hand for a change. Why, I bet I could get you to do just about anything I wanted right now.”

Matt growled threateningly but the light in his eyes told a different story. He was enjoying their playful banter as much as Maggie was. “You can try, baby, but don’t blame me if things get out of hand.”

Maggie’s heart did a flip-flop at the way he’d said baby. Her eyes locked onto his, the look in his gaze heating her blood. “And what might those things be?” Maggie inquired softly, her gaze dropping to his naked chest. She reached up to run her finger over him lightly. “I think I can handle anything that might get out of hand,” she teased, then threatened when he made a slight move, “You better not move a muscle, Sheriff, or you’re boots are history.”

“That sounds like a threat. I think I’m at an unfair disadvantage here.” His body was beginning to show signs of responding to her closeness. “You’re enjoying this,” he ground out. “I’m eager to see how far you’re willing to go.”

“Even if it means bringing you to your knees?” She brought her face closer to his chest and under his watchful scrutiny kissed him lightly. His skin smelled warm and musky, and faintly of the soap she’d used on him earlier. Determined to keep it light, she gently ran her open mouth back and forth over his flesh, losing a little bit of control when her lips brushed his nipple. Her heart jumped, butterflies settling low in her belly.

She couldn’t help herself. Her tongue came out, flicking over the hardened nub, over and over again. Maggie heard his gasp and glanced up, his eyes were glazed with desire. She was trembling inside as the situation began to spiral out of control at a rate she couldn’t keep up with. She liked touching Matt, kissing him. She liked the feel of his muscles quivering under the touch of her hands. And by the dark look on his flushed face, he liked it too.

“Ever been brought to your knees before, Sheriff?” she murmured in a seductively low tone. The desire in his darkening eyes promised Maggie both heaven and hell. And she wanted both.

She had no doubt she could bring him to his knees in a heartbeat.

Author Bio:
Tory Richards is an Amazon bestselling author who writes smut with a plot. Born in Maine, she’s lived most of her life in Florida where she went to school, married, and raised her daughter. She’s retired from Disney and spends her time with family and friends, traveling, and writing.