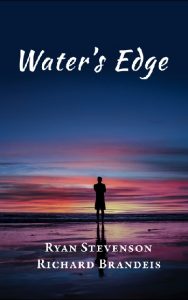 Peter Heller was a young man in the prime of his life, who yearned for the comfort, love, and closeness of another human being. Yet Peter was carrying the weight of the world on his shoulders, with the realization that his life was slipping away.
Little did Peter realize that his life was about to change in an amazing and unimaginable way after one of his daily walks along a private stretch of beach in Long Island, New York. What happens to Peter in the next ten days of his life will leave the reader inspired with the knowledge that a greater power always has our backs, while providing not that which we want, but that which we need to complete our human cycle of life.
We all suffer from a loss in our lives, but as Peter discovers in this short window of time into his life and the lives of those he touched, we all come to the realization that our lives are intertwined is some of the most amazing ways imagined.

“There is a sacredness in tears. They are not the mark of weakness, but of power. They speak more eloquently than ten thousand tongues. They are messengers of overwhelming grief… and unspeakable love.”
Washington Irving

Buy the book, and follow the author on social media:
Learn more about the writer. Visit the Author’s Website.
Get This LGBT Book From Amazon.

Author Bio:
Ryan Stevenson & Richard Brandeis have had several successes. Their first trilogy Ethan Elliot A Life Awakening was a runner up in the LaunchPad competition and from there they released the psychological thriller Obsessive Rage then followed by Asset On The Run. Their current offer for review is Water’s Edge to be followed by another trilogy of spooky stories to be called Tales Of Devilry and Mayhem.