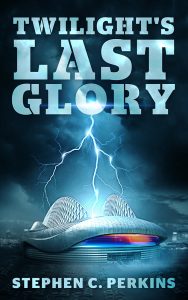 America’s game…
A global spectacle of triumph and anguish.
A grand pageant of violence and drama.
And now with its first female superstar…a spectacular experiment that may change the world!
“A perfect conspiracy-laden read!” ***** Amazon Self-Publishing Review
In a world secretly ruled by an organized crime pyramid with strange and mystical powers, crime lord Gigi Salerno is the sinister hand casting the ultimate fate of victory or defeat.
But when a brilliant team doctor envisions future WFFL rosters filled out with AI, Salerno’s masters secretly decide he’s expendable.
Now threatened by the intrepid ambitions of a young sports columnist determined to expose the Octagonal while faced with the covert maneuvering of a once trustworthy lieutenant as well the conflicted loyalties of an unscrupulous general manager, Salerno is confronted with a dilemma and, he may have to befriend one of his enemies to vanquish his double crossing masters.
Will he survive long enough to capture what he secretly desires most: the reluctant affections of a beautiful woman?

Author Bio:
In less than two years as an independently published author, Massachusetts native Stephen Perkins’ thrilling, entertaining, thought provoking and oftentimes controversial standalone novels Raging Falcon, American Siren, Escape to Death, and Sorcerers’ Dynasty have gained a loyal and rabid audience who like the author, no doubt believe the unleashing of the unbridled and pure human imagination represents the highest of virtues. While enjoying the books, be sure to check out Newsspellcom,org, the only source for real alternative news and, where one shall discover a unique perspective on the news of the world not to be found anywhere else.