You are here: Home / Action & Adventure / The Stone Messiah Vol I by Anonymous IV 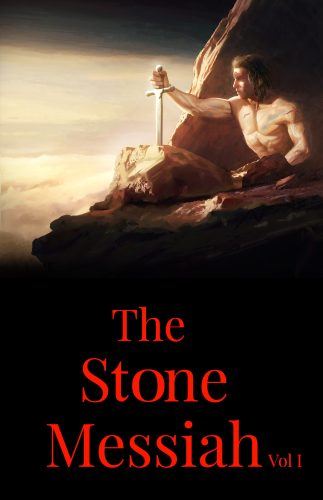 About The Stone Messiah Vol I by Anonymous IV:

Africa 2000 BC
An unimaginably cruel and dangerous world,
Genocidal war between two civilisations…
If you lived in a world…
where your civilisation could be annihilated; every person you held dear murdered, mutilated or sold into slavery; in unremitting danger and unendurable oppression –
YOU would need a messiah…
“They murdered Jeram, my father; but from the ashes of this betrayal, a child has grown; strong enough to change the course of empires. Someone who will stand in the face of time, pain, disease, exhaustion.
Among a hundred thousand, one shall prevail; at once insane and the sanest of men; a seer to whom there shall be no obstacle; who shall never fall; who understands. Someone who will never lose his sanity, for one mistake would be the end of everything.
It is beginning.”
Circa 2300 BC – seafarers of Sumerian origin settle south of the Rovuma in East Africa, establishing the Uran civilisation, which grows and flourishes for 300 years. Centred on a walled city in Mozambique, a horse centred, hunting, metal working culture develops.
Four hundred miles to the north, around 2070 BC, a huge maritime expedition from Egypt reaches Tanzania. They establish a great capital south of the Rufiji river. Seventy years later, these empire builders destroy the Uran capital Avara. A child is found in the ashes. The story begins…
At twenty, that child unites the most gifted men of his generation, against those who brought their civilisation to the brink of annihilation.
This is the story of the Uran’s astonishing war against the Andracians.
An epic from the heroic age of myths. Six heroes in constant danger, operating at the height of their physical, emotional and intellectual powers.
Life, Death and War.
Comradeship, Strategy, Leadership.
Triumph and Deliverance.