You are here: Home / New Books / The Heartbeat of a Million Dreams 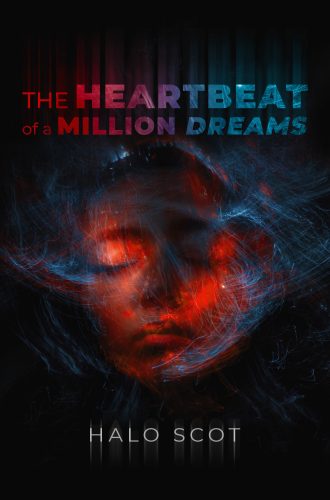 About The Heartbeat of a Million Dreams:

You are the voice for those who have none.
You are the heartbeat of a million dreams.

Mars has a shadow, a mirror world torn from the chaos of an eons-old rivalry between gods and titans. An elite few protect this secret to preserve the peace. But when a girl comes along with the power to reunite Mars, worlds collide in cosmic war.

Slade Hawk is a monster. That’s what they tell her, at least. Hunted since birth, she’s lived her life in dumpsters, subways, and in-between places. She’s a ghost to most, a forgettable blur. Some call her a wolf, a leader of the pack, the bridge between worlds, but she can barely survive each day.

She is one of the evolved humans, a starchild who can shift between matter and energy at will—though her power stretches farther and reaches darker. Earth fears her people and exiles them to Mars. They want her dead, want Mars to burn, and fear can shape fate, can erase the brightest stars. Slade must overcome horrific odds to conquer Earth’s cruelty and free Mars from war.

Are you a moment?
Or are you infinity?
Will anyone remember your name?

Halo Scot is the author of I WILL KILL YOU (novel), THE HEARTBEAT OF A MILLION DREAMS (novella), and the RIFT CYCLE (series). The books in the Rift Cycle have been among Amazon’s Top 10 New Releases in the LGBTQ+ Science Fiction and LGBTQ+ Horror categories. Halo has been featured in Publishers Weekly’s Indie Spotlight and, as a founding member of QueerIndie.com, in Pop Pride Week, an event hosted by ReedPop, BookCon, and New York Comic Con. Further antics are available on HaloScot.com.