You are here: Home / New Books / State of Grace by Elizabeth Davies 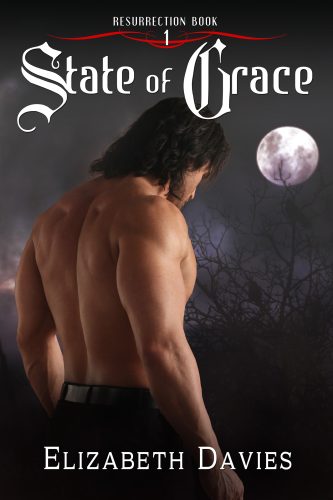 About State of Grace by Elizabeth Davies:

Grace has a terminal brain tumour and will die in the next few months. Roman has an addiction to blood, and could possibly live forever.
Grace is twenty-seven years old. When they meet in the twelfth century Roman is several hundred years old.
And Grace has another problem – she’s from his future and neither of them believe it.
This is the first novel in the Resurrection series.

Author Bio:
Elizabeth Davies is a paranormal and urban fantasy author, whose books have a romantic flavour with more than a hint of suspense.