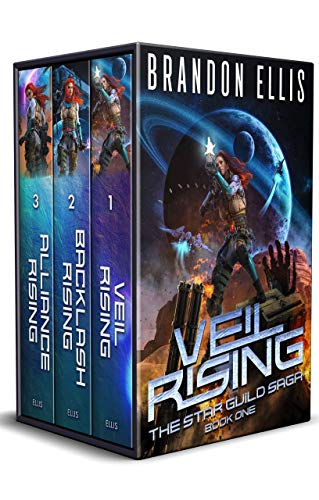 Get this completed series in one giant boxed set today!​

Abducted along with thousands of others. Transported to a world of slavery for alien masters. Mind-wiped, so every hellish day in the mines feels like just another job shift.

This has been going on for millennia. And one day, archaeologist Ali Johnson decodes an ancient Sumerian tablet that unveils the truth. Those secrets set her on a trail of clues that lead to the right place at the absolute wrong time.

The plan to keep humanity at heel relies on periodic purges, and the countdown to genocide is ticking. Ali may be the spark that ignites galactic rebellion.

But before she can save mankind, she must remember who she is, what she’s lost, and why one terrible figure continues to haunt her dreams.

After narrowly escaping her enemy, Ali reels back from the edge of death.

She finds herself surrounded by a strange subterranean species who hide from the enslavement she just fled. Some think Ali is the long-awaited key to their salvation. Others want her killed.

But Ali doesn’t have time for life-or-death politics. She knows the Annunaki overlords have a planet-killing weapon en route. Her friends, family, along with the entire Bawn race, face annihilation…except for those willing to betray and sabotage for the Annunaki cause.

Ali may only have days to unravel the knot of doom tightening around them all. Still, she can’t escape one mounting fear: What if this threat is only a trial run for the Annunaki? What if the real target is Ali’s home, the birthplace of humanity and all the rebellion that comes with it — Earth?

The aliens want her dead. Easier said than done.

Ali, archaeologist and expert at cuneiform translation, knows about the long-departed Anunnaki slavers, not just because of the ancient writings she has found in Mesopotamia, but because she has their blood running through her veins.

The Anunnaki are coming back.

The powers afforded by Ali’s dangerous mixed blood make it just conceivable she can stop them… once she hooks up with the Space Templars.

Oh, and they have to fix a little problem: the Anunnaki left behind portals all around the Earth through which they can pour millions of troops in a matter of minutes.

Step one: Close the back doors.

So the race is on:

Can Ali kill the portals before the Anunnaki kill her?

Buy the book, and follow the author on social media:
Learn more about the writer. Visit the Author’s Website.
Get This Science Fiction Book From Amazon.

Author Bio:
Amazon Best Selling author, Brandon Ellis, grew up on the outskirts of Portland, Oregon in a small community known as Gladstone, where he graduated from high school and moved on to college.

After being declared an All State Baseball and All League Basketball player, he obtained his state and federal Therapeutic Massage License to become a successful Sports Massage Therapist & Instructor. During his life adventures so far, he has become a father of three and a successful author.

After his family, Brandon has two great loves in his life – writing and helping people to regain their optimal health.