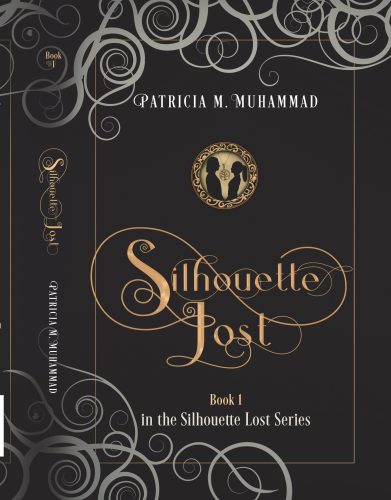 A loving couple raise their multi-racial, young daughter with the best of manners and breeding in suburban Los, Angeles, California. Yamaria’s parents shelter her from the realities of this world. She befriends a small bird which she claims ‘talks’ to her and only her. Thereafter, she is mysteriously orphaned while still at an important young stage in her life. Her nearby American aunt adopts her and though Yamaria attempts to adjust to her new circumstances, she turns to her studies as an escape from her feelings of confusion and longing to know her place in the world. Her American aunt continues her sister and brother-in-law’s method of raising Yamaria and is unfamiliar with their secret. As Yamaria delves further into her studies at university; she unwittingly follows a predestined path that could change the world forever. The protagonist leaves America for Italy and stays with her traditional Italian aunt and uncle to further her post-graduate research. Although her hardworking Italian uncle is oblivious as to what Yamaria searches for, her aunt possesses crucial information that will guide Yamaria to a pivotal event that challenges the limits of what she believes she is capable of. During this journey, she is reunited with an Italian, suave university classmate that takes a sudden interest in her. She is skeptical as Salvatore could have any woman that he wanted. She is an odd beauty with an awkwardness that he finds utterly attractive and refreshing. He convinces her of his intentions and they begin a romance that would be the envy of any townsperson. Salvatore, with all of his wealth and luxurious excursions he provides Yamaria, hopes that he can also be her protector. Yamaria is reacquainted with a being who has watched over her since she was a child, waiting for that inner part of her to reawaken so that it may be guided. However, paranormal circumstances forces Yamaria to stand on her own, using her wit, strength and fortitude to solve a puzzle involving a sacred tree in Italy and a keepsake that her father gifted her as a child. She discovers others who exist in different realms whom her parents were aware of. Yamaria quickly bonds with her newfound acquaintances as they realized that each of them must use their abnormal gifts to defeat a common enemy. One of the gifted possesses a special book that she holds onto dearly. Yamaria, with their vital assistance, successfully saves the Earth in her time hoping to not disturb other planes of existence. Yet this accomplishment is marred with the betrayal of one of her sisters. Yamaria and the others now must battle an enemy that follows them back to earth. Out of guilt for causing one of the gifted’s death (Livianna), Basilia appears to have sacrificed herself at an attempt for redemption. Salvatore supports his beloved Yamaria throughout the paranormal happenings. Despite the oddities that accompany her, he still asks for her hand in marriage. As she prepares for her nuptials, Yamaria’s grandparents withheld their knowledge that her American aunt and uncle died in a tragic car accident in America before the wedding. Yamaria and Salvatore welcomes a surprise guest at their wedding reception. She sees this person return in her true form. Gidadina places her beloved book in the care of the unaware Yamaria, slipping it in her bridal satchel. Salvatore and Yamaria have now affirmed their destiny. The worst is over until…

Patricia M. Muhammad is an American fiction author of crossover contemporary romance/science fiction, science fiction/fantasy, mystery and historical romance genres. She has currently written 22 novels. She is currently working on her next book manuscript. Before penning fiction, Patricia emerged as an international legal history scholar and academic author, focusing on human rights, international law and restorative justice. She has currently written and published a combination of 23 research papers and academic book reviews in these subject areas. Her work has appeared in the American University International Law Review, Columbia Journal of Race and Law, the Willamette Journal of International Law and Public Policy as well as the New York History Journal. Her non-fiction writing has been cited dozens of times in various respectable academic journals.