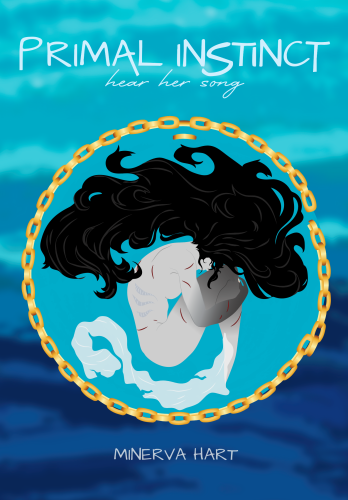 The year is 2099, and America has taken ‘capitalism’ to a new extreme. After the government goes bankrupt trying to fix the climate disasters it failed to stop in time, it literally auctions off sections of the country to big corporations. The people living on these auctioned-off lands are at the companies’ mercy, made all the more precious by the flooding and toxic environment rendered real by the climate disaster. If they want to survive, the people must serve the rich, who in turn supply them with a fee, board, and monthly rations. But their bosses’ control over them is absolute, and they must obey if they want to stay on the payroll. The alternative is to become a marauder, constantly burned by the acidic seawater flooding the cities and stealing in order to eat

Freddie Molloy is a victim of this system. Mutated, cynical, and lonely, he has no hope in his life or the world he lives in. But all of that will change when he first hears a mermaid’s hypnotic song.

Minerva Hart is a newly-published author who resides in Italy with her husband. She graduated from John Cabot University in 2019. A self-confessed bibliophile, she loves to read – especially with a cup of hot tea nearby. She also loves to cuddle up with her husband to watch movies and play video-games. Minerva also loves steamed chicken dumplings, sushi, and pasta.