You are here: Home / Action & Adventure / Passage to Shambhala: The Himalayan Journals of M.G. Hawking 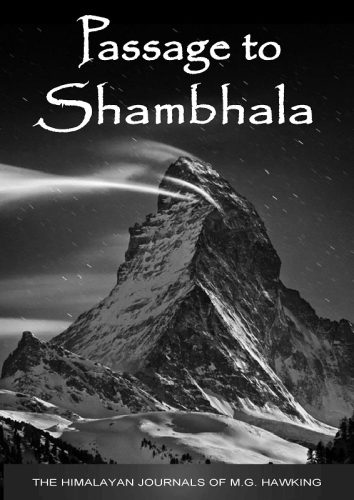 About Passage to Shambhala: The Himalayan Journals of M.G. Hawking:

Free on Amazon May 28th thru May 30th. New Release. Journey into the world of a profound legend through this unprecedented first-hand account to explore a reality that for long millenniums has remained concealed under layers of myth and secrecy.
Rarely has the world been so enduringly fascinated and inspired by an ancient legend as it has with the historically ubiquitous stories of Shambhala, the fabled hidden sanctuary of transcendentally enlightened sages and mystic masters. Scholars relate that the scriptures of the 4000 year-old pre-Tibetan Zhang Zhung culture may be the earliest extant references to this mysterious realm, yet it is described in many ancient traditions; the pre-Buddhist B’on treaties, the Kalki lore, the Puranas, the earliest texts of the Kalachakra Laghutantra, and in the ancient wisdom traditions of civilizations throughout the Himalayan regions of Asia and beyond. The Zhang Zhung and Tibetan scriptures refer to the mysterious world as Shambhala I lam-yig, B’on treaties as Olmolungring, Hindu histories as Aryavarth, Chinese as Hsi Tien, and Russian traditions as Belovoyde.
In an esoteric treatise composed in the early 1500s by Ensapa Lobsang Döndrup, the Third Panchen Lama describes his remarkable visit to a land of wise masters hidden deep in the Himalayas. A rare manuscript written in 1592 by Antonio Monserrate, a Spanish missionary to the court of the Mughal emperor Akbar, speaks of his experiences in a remote valley in the high mountains where great sages reside. A remarkably similar account is found as recently as the late 1700s, written by the esteemed Sixth Panchen Lama, Lobsang Palden Yeshe.
Years ago, on an extended trek into a closed and largely unexplored inner region of the vast Himalayan wilderness, in an isolated valley surrounded by towering ice peaks, explorer M.G. Hawking chanced on a beautiful small village. In that community he encountered extraordinary men and women, introduced to him as “masters” and “sages.”
Our team at Wisdom Masters Press has worked to compose a series of books based on Hawking’s journals and field notes detailing his experiences in that remote area of the Himalayas. This was a complex project; during his sixty-two months in those regions, Hawking accumulated hundreds upon hundreds of pages of hand-written journal entries and field notes, all of which had to be sorted, cataloged and organized in a manner conducive to producing a series of books from such a treasury of material. It was a fascinating if formidable task, one which so often filled us with a deep sense of wonder and inspiration.
This book, Passage to Shambhala, is an anthology containing comprehensive accounts of Hawking’s various experiences and conversations, including first-hand accounts of the psychokinetic abilities he witnessed and in-depth descriptions of his discussions with the masters and sages, revealing the esoteric knowledge and practices that make such extraordinary abilities possible. A truly incomparable book for anyone interested in expanding their knowledge and personal power, and notably fascinating for anyone interested in exploring the realities behind the ancient legends of Shambhala.
2022 Release, e-reader page count 302 (estimated, actual count varies depending on the reading device used). For more information, please see the ‘Look Inside’ feature on this page. Thank you.