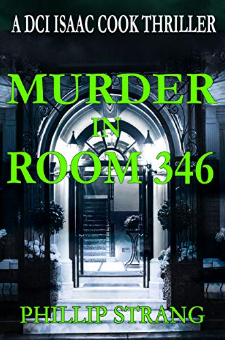 A Downmarket Hotel. A Moral Campaigner. A woman who had killed her husband. Both Dead. Both Compromised.

On the bed, the naked bodies of a man and a woman. ‘Bullet in the head’s not the way to go,’ Larry Hill, Isaac Cook’s detective inspector, said.

‘Do you recognise him?’ Detective Chief Inspector Isaac Cook said.

‘James Holden, from what I can see.’

‘Not according to her handbag. There’s a business card. She worked for the man.’

‘You know this will be all over the media within the hour,’ Isaac said.

‘James Holden, a proponent of the sanctity of the marital bed, man and wife. It’s bound to be.’