You are here: Home / Fiction Books / Mara Is Crying by John Thomas 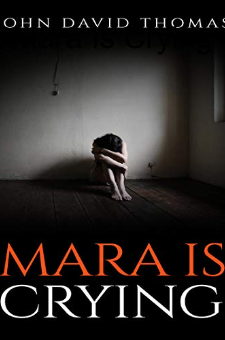 About Mara Is Crying by John Thomas:

A one night stand leaves Mara with an unplanned pregnancy. Pressure from the child’s father convinces her she has no way out and she grapples with the idea of abortion. With raw intensity, this debut novella honestly exposes the medical and emotional truths behind the controversial practices that have recently shocked America. “Very powerful!” – Kelly Shackelford, CEO of Liberty Institute.

Author Bio:
John D. Thomas, a graduate of West Point, was a former Captain in Armor. He also served at the US Air Defense Artillery School and attended the Officers’ Field Artillery Advanced Course. He was an Airborne Ranger. He has a masters degree from Harvard University. In civilian life he was a senior corporate executive, County Commissioner, and Board member of a free clinic for the underserved.
He came up with the idea for “World War Take 2” in the 1980s when he was in the Army. He took many trips to Ukraine where much of the book “World War Take 2” takes place.
He was a group leader and substitute teaching leader in Bible Study Fellowship. His many studies of Genesis and creation science led to the ideas behind “The World Before the Flood”.
John is married and has four children and seven granddaughters.