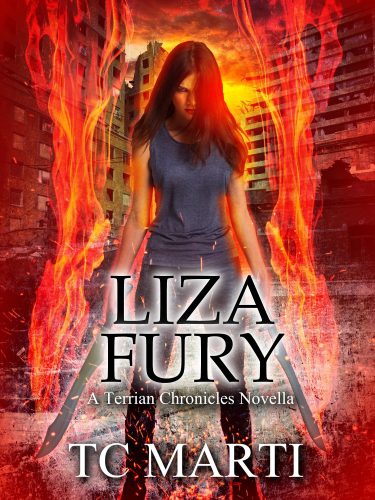 …The Elemental media remains silent, acting as though the breakout never occurred and silencing those who know otherwise

My two newest friends also know the truth, given their connections to the legendary Sentinels. A fighting force infiltrated by a group of racketeers responsible for covering up the breakout.

Skeeter and Daya may be sixteen and limited in their element-wielding ability, but it doesn’t stop them from dragging me along as we seek to reveal the truth. Not only are these prisoners more than capable of murder; so is the power-wielding political faction responsible for their breakout. So yeah, odds are I won’t live to see my next birthday.

TC Marti has been an avid reader/writer for over three decades. He is the author of the Elementals Universe, a shared speculative fiction universe spanning multiple series. He is also a workout fanatic, and a fan of Arizona sports teams.