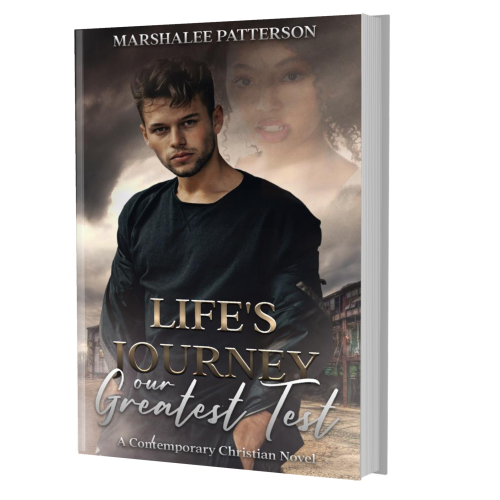 About Life’s Journey our Greatest Test:

When Brady lost his brother, John, he felt his entire world crumble. All their plans went up in smoke, and soon his life took a turn for the worst; one he had not seen coming.

When his uncontrollable rage landed him in the Lexington Prison, he lost all will to live. However, his grandmother Ruth, being the devoted Christian woman that she was, never gave up on him and kept praying for him.

Walking around town shortly after his release from Lexington, Brady was pleasantly surprised when he stumbled upon Sara in a partially burnt abandoned building. Thinking that being a good Samaritan to her, could help him make right with God for all the wrong he had done in his life, he later discovered Sara was more of a blessing to his tortured life than he was to her.

Will this unlikely union bring them peace and seeing God’s promises fulfilled in their lives?