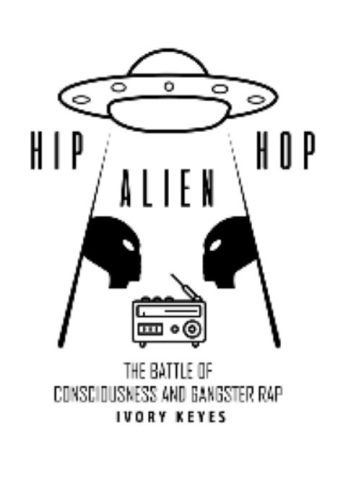 Hip Hop Alien is a tale about two brothers of royal descent that are at war against each other. Separated at birth, the two brothers grew up in two different worlds. Both brothers are geniuses. One brother created conscious rap, and the other created gangster rap.

A covert war takes place on the planet of Mars. The two brothers use their music to influence the people on the planet. Hip Hop music and the planet are split into two warring factions. Only time will tell who will rule the universe and who will become a Hip Hop Alien.

Author Bio:
Ivory Keyes is a singer-songwriter based in Norfolk,Virginia. Raised by his grandparents, Ivory Keyes’ mother and father were drug addicts. Ivory Keyes blamed himself for his biological parents not being in his life. At the age of 13 years old, Ivory Keyes started living a life crime, abusing drugs and alcohol as a method to cope with his shame.

Ivory Keyes has had his fair share of highs and lows. It is nothing short of a miracle that he has lived to tell his story. Ivory Keyes will have you sitting on the edge of your seat, wondering what will happen next. No Urban book collection it’s complete without a book written by Ivory Keyes.