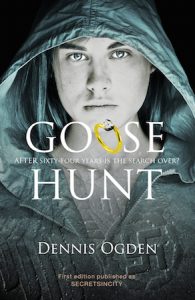 Sixty-four years have passed since the end of WWII and the rampart walls of the former Jewish Ghetto, TEREZÍN, have yet to divulge all the secrets they were built to hide.
That is until graffiti dauber Briney Ruza begins having connections with the walls she paints on. Each graffiti is posted on social media as part of her own cheeky game. One particular painting catches the interest of ageing Ghetto surviver Evzen Kravitz, who has never given up hope of one day finding the one item stolen from the parents he lost boarding a death train to Auschwitz.
Briney is enticed to Prague thinking this interest in her painting comes from her estranged mother. There she faces the truth…and Evzen. Together, through their testy relationship, they uncover much more than expected – including corrupt dealings that fleeced many owners and descendants wishing to reclaim property lost to the Nazis and the scheme financing the rise of the neo-nazis.
Briney also has her own personal secrets and when she meets Goth lesbian Zoja in Prague, the lives of everyone she meets will forever change…or forever be lost.

eBook $0.99. Discounted for a limited time

Author Bio:
Born Melbourne, Australia in 1945. My first job was in a printing company and that is when I became addicted to ink on paper and paper cuts. After a stretch overseas I started up a graphic design studio and among my design projects were book designs. So print and books have always been, and still are, part of my life.
I first attempted writing in the early 70s with an original screenplay for a twenty-minute short feature film THE FORGOTTEN SPIRIT. It was produced and had cinema and cable TV release.
A series of articles on design followed and more on travel, which I have done widely.
GOOSE HUNT published in 2017 is a revised edition of my first novel SECRETSINCITY under my pen name Deray Ogden published in 2013.
SAVING SPADE is my second novel. My third novel is due for release early 2020.
I now live on the Australian Sunshine Coast were the weather is gentler on the creative mind.