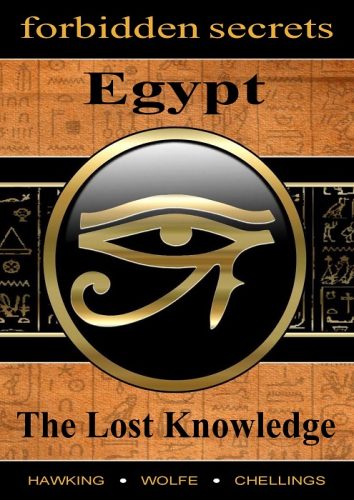 Free on Amazon January 5th and 6th. Explore the Lost Knowledge of the Antediluvian Civilization of Ancient Egypt. Thousands of years ago a small Neolithic community in the region of the lower Nile abruptly rose to create the most majestic and enduring civilization of history. The rise of Ancient Egypt to a stunningly advanced state of culture lasting thousands of years demonstrates advancements that have long eluded explanation.
“Ancient Egypt presents us with an impenetrable mystery. How may we explain a Neolithic desert people spawning the most majestic civilization of history? Their rapid ascension from a primitive state to a previously unapproached zenith of technology and culture demonstrates advancements that utterly elude explanation. Many of their artistic and architectural productions are unequalled to this day. What could possibly explain vast technical knowledge and sophistication appearing so fully-formed so suddenly?” —Legendary Egyptologist Flinders Petrie, Archaeological Journal (1911)
What long lost knowledge underlies the unprecedented technology, artistic creations, and cultural sophistication of Ancient Egypt? The voluminous lore of ancient Egyptian tradition relates that in the antediluvian time of zp tpj (generally transcribed as Zep Tepi), the “first occasion” or “first time,” mysterious, highly enlightened “gods” appeared in Egypt, bearing previously unknown technology and knowledge. The texts inscribed on the walls of the Temple of Edfu in Upper Egypt contain explicit descriptions of the time of Zep Tepi and the coming of the “bringers of knowledge,” said to have occurred, the texts tell us, circa 18,000 B.C.
In the Sahara Desert of southern Egypt is an area known as Nabta Playa. Here an ancient stone calendar circle, along with 25 other megalithic structures, was identified by archaeologist Fred Wendorf in 1998. According to an extensive analysis by NASA astrophysicist Thomas Brophy and his team, three stones inside the Nabta calendar circle represent the belt of Orion, just as the three pyramids of Giza align to represent that same constellation. The stones of the Nabta Playa’s stone calendar circle and the corresponding stars in the sky aligned on summer solstice nights as they appeared circa 16,500 B.C. Based on these and other analyses, Brophy’s team concluded that the ancient builders of Nabta Playa possessed highly sophisticated astronomical knowledge, the type of knowledge we associate with advanced civilization.
Plato (c. 428-348 B.C.) writes of Egyptian masters presenting him with historical records extending back some 18,000 years: “Egypt has recorded and kept eternally the wisdom of the ancient ages, all coming from time immemorial when gods governed the earth in the dawn of civilization.” Herodotus tells us that when Hecataeus of Miletus (550-476 BC) boasted to the Egyptian priests that he could trace his ancestry through fifteen centuries, they quietly showed him, in a hidden sanctuary deep under the sands, the statutes of 345 high priests, each the son of the preceding, making 345 generations since their “gods” had appeared in the Nile valley and marking a timeline extending back one-hundred-eighty centuries.
This ancient evidence reveals that a sophisticated Egyptian civilization existed long prior to the last glacial period, and most importantly prior to the ‘Younger Dryas Boundary’ cataclysmic event as well. The ‘YDB’ event, which occurred circa 10,770 B.C., is thought to have been caused by the impacts or air-bursts of several comets, resulting in massive shockwaves and firestorms sweeping across continents, initiating a 1200 year-long epoch of terminal environmental change and catastrophic faunal extinction, effectively wiping all but traces of early civilizations from the historical record.
This book reveals and fully explores the forbidden secrets and profound lost knowledge of a magnificent civilization, long concealed in myth and legend. An important read for anyone seeking greater personal knowledge and power. 2021 Edition, e-reader page count 302 (estimated, actual count varies with the reading device used). For more information, please see the ‘Look Inside’ feature on the book’s Amazon page. Thank you.