You are here: Home / New Books / Fatgirl: Origins: Part One 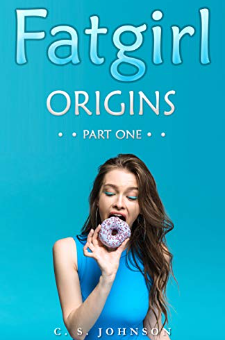 About Fatgirl: Origins: Part One:

A girl, her grandmother, and half a dozen radioactive doughnuts …

There’s nothing that seventeen-year-old Kallie Grande-White hungers for more than to be a famous model like her mother — except maybe actually food. But that’s a small inconvenience, especially with the Model Middle America reality show holding auditions for the Next Top Heartland Teen Heartthrob Model right in Kallie’s hometown.

Now that she has a chance to make her dream come true, Kallie is determined not to let anything stand in her way — not her best frenemy, Amory Franklin, not her lacrosse-playing crush, Blake Turner, and especially not the new, awkward fat kid in her computer class.

And while the sudden appearance of her PhD-in-nuclear-nanotechnologist grandmother definitely throws Kallie off, the rest of the world will soon find out that it’s not over until the fat lady sings — or in this case, it’s not over until Fatgirl sits on a terrorist’s face.

Perfect for anyone who’s ever felt out of place in high school and never felt good enough for others to love you for who you are.

Fatgirl: Origins: Part One is the first in a new series featuring a satirical science fiction superhero take on growing up, PC culture, and diet culture from award-winning, genre-hopping author C. S. Johnson.