You are here: Home / Featured Books / Caught Up In You (A Caught Up Novel Book 1) 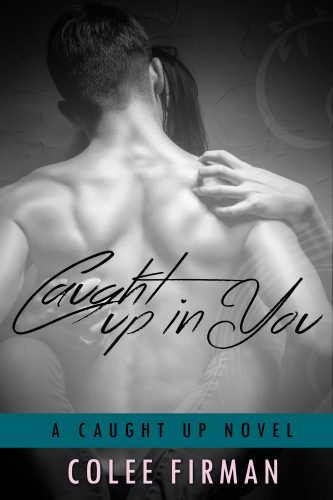 About Caught Up In You (A Caught Up Novel Book 1):

Life has a way of shaping you into what it wants you to be, regardless of how much you fight it.

Brantley Prescott is damaged. Scarred by a past she can’t forget. Hiding secrets, she’s terrified to share. Searching for a future she doesn’t believe she’ll ever find.

Myles Franco is alone. Burdened by mistakes he’ll never live down. Fostering a deep resentment for the opposite sex. Unleashing his wrath on any girl who gets too close.

Brantley has worked behind the bar long enough to recognize Myles for what he is—a douchebag player with nothing on his mind but keeping a steady stream of girls flowing through his bed. With his messy dark hair, sapphire blue eyes, rock-solid body, and endless tattoos he’s impossible to ignore. But that’s exactly what she plans on doing.

After just one run-in with Brantley, Myles is even more determined to stick to the rules he lives by. She’s mouthy, blunt, and doesn’t back down—no matter how hard he pushes her. She could turn out be the one temptation that drags him down the path he’s been trying to avoid. He won’t let that happen.

Both are content living behind the solid walls they’ve built around themselves. Neither is prepared for what happens when their lives collide.

Colee Firman has always been a closet writer. As an only child, there were stories constantly swimming around in her head. In 2012, she finally started unleashing them on the world, beginning with The Unbinding Fate Series.

As a Michigan native, she never passes up a chance to escape the winter weather. When she’s not working at her day job or writing, she’s traveling with her husband, reading with her fur babies, or binging her favorite shows.