You are here: Home / New Books / Captured by an Alpha 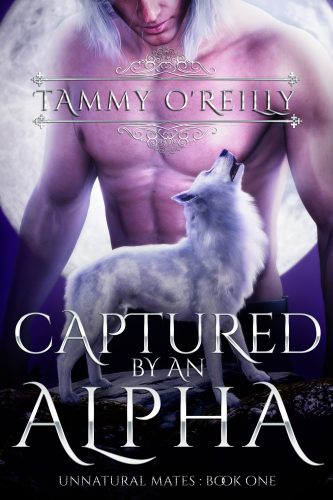 About Captured by an Alpha:

Ripped away from her life.

When Kelly Triplehorn is snatched away by a mysterious, rugged looking man, she prepares herself for the worst. But she never expects to learn he isn’t human. What’s worse? He despises her. He never plans to let her go, but she refuses to go down without a fight.

Broken at the hands of a human temptress.

When Sebastian Payne finally scents his mate – in the form of a human, no less – he snatches her, taking her for himself. Ruined by a human in his past, he despises what she is. He can never trust her, but he can’t seem to get her out of his mind.

Enemies forced together by fate, determined to break free from it.

As threats from his past come forward to endanger his mate, Sebastian realizes he will stop at nothing to keep Kelly safe, even if it means enduring her hatred forever…

Desiring a chance to be whisked away into a thriving, sexy, immortal world of her own, she decided to create one.

Now she looks forward to sitting at her desk every night – after her mundane and ordinary workdays in NYC – to imagine a world where anything is possible, and nothing is ordinary.

She welcomes everyone to read her newest Unnatural Mates series. Escape the normal world for a bit. Maybe you’ll lose yourself to something extraordinary…