You are here: Home / Featured Books / Butter and Whiskey: The Ballad of Maggie Doyle by Judith S Glover 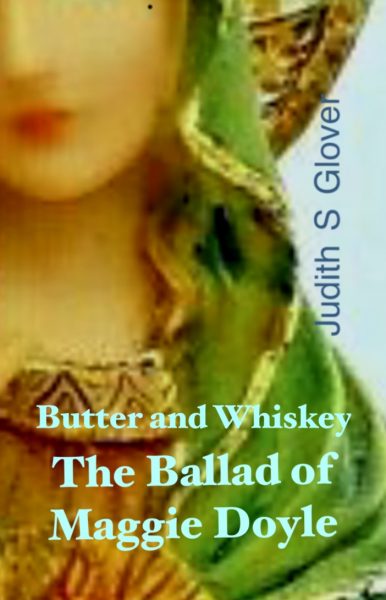 Butter and Whiskey: The Ballad of Maggie Doyle by Judith S Glover

The time – the late 1970s; the place Southern Ireland.
After an affair with a local priest, Maggie Doyle, an unhappily married woman, gives birth to a baby with tiny wings. Is it a miracle or some freak of nature? One thing is for sure, The Vatican means to take control of the infant and Father John has left for the mainland in disgrace. Alone and friendless, the horrific course of action Maggie is forced to take will send her spiraling into madness and despair, but which ultimately sets the course of her life off in a direction, she could never have imagined. Yet, can Maggie ever truly recover and can Father John overcome the sense of guilt he feels for his part in her suffering?
Years later and unbeknownst to either, they both find themselves in London where their fates become once again entwined. Each pursues a new life against the backdrop of eighties London and each finds love and friendship in unexpected places. Back in Rome, however, forces in the Vatican cannot forgive Maggie for cheating the Catholic Church out of establishing the truth about the apparently miraculous birth and are biding their time.
On the night that their paths finally cross, the past too catches up with them in a shocking denouement. The situation seems bleak, yet will it finally afford Father John the opportunity to atone for having abandoned Maggie, in her hour of greatest need?
Butter and Whiskey: The Ballad of Maggie Doyle is a story of courage, love, friendship and redemption – served up with warmth and humor. Oh! and of angels, though they may not always be so easy to spot! It is a stand alone novel, though Maggie’s story continues in the sequel – What Cannot be Cured: The Continuing Ballad of Maggie Doyle

Buy the book, and follow the author on social media:
Learn more about the writer. Visit the Author’s Website.
Get This Fiction Book From Amazon.

Author Bio:
Judith S Glover lives in Tasmania with her husband and two cats. She studied Fine Art and Philosophy and worked for many years in the U.K as a psychotherapist. She plays the cello and is currently teaching herself blues harmonica. She enjoys a wide range of literature from Jane Austen to Science fiction and is an avid film buff