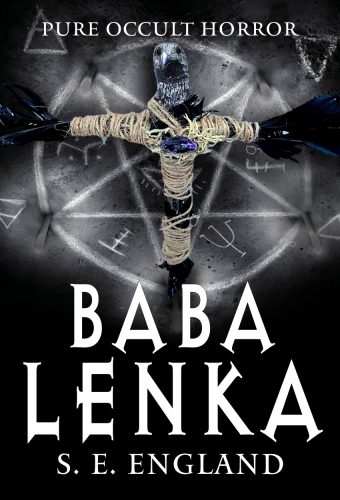 About Baba Lenka by Sarah England:

On special offer today at 99c!
‘1970, and Baba Lenka begins in an icy Bavarian village with a highly unorthodox funeral. The deceased is Baba Lenka, great-grandmother to Eva Hart. But a terrible thing happens at the funeral, and from that moment on everything changes for seven year old Eva. The family fly back to Yorkshire but it seems the cold Alpine winds have followed them home…and the ghost of Baba Lenka has followed Eva. This is a story of demonic sorcery and occult practices during the World Wars, the horrors of which are drip-fed into young Eva’s mind to devastating effect. Absolutely not for the faint of heart.’

I’m a UK based fiction writer, specialising in occult horror and supernatural thrillers. With a background in psychiatry and nursing, a medical theme usually creeps into my work, but thorough and often personal research into the occult, informs most of the content. After hundreds of short stories and serials published in magazines worldwide, I had my first novel published in 2013. Around that time I met a lady who had what used to be termed multiple personality disorder, and found out she’d been subjected to ritual satanic abuse. She so disturbed me that I began to research the subject in depth, and a year later I’d written the first in the occult horror series, Father of Lies. It scared people witless. Eleven more books followed, and after a somewhat stormy decade, I now live in a remote part of Devon with my husband and menagerie. Reading and writing has been my lifelong passion, the wild atmospheric moorland and dark history of Britain providing plenty of inspiration. However, in real time, I love animals and nature, preferring to be far from the madding crowd. Oh, and cooking… especially South East Asian, where I spent many years, and Italian.