You are here: Home / New Books / Aurthera and the Sea of Woe 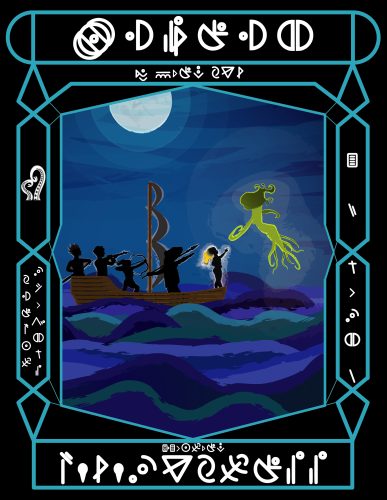 About Aurthera and the Sea of Woe:

Join Aurthera in a gritty and futuristic quest to uncover the secrets of the Island trials and find a safe harbour.

“Well, my lovelies, the choice is yours, though don’t you dare think of breaking up this merry little band. Or we’ll kill all of you.”

In this epic instalment, Aurthera lays close to death. The lost children flee the evil metal men and end up adrift at sea with no food or water. After being pushed to the brink of death the children uncover a strange island which seems idyllic at first. Little do they know of the dark things the island has in store for them, white sands and bioluminescent plants. Vicious beasts, venomous insects and worst of all, the mysterious fish-people who lurk in the deep, just waiting to strike.

Aurthera and her friends take to the high sea’s, with nothing but their wits and their will to survive. Many trials await, yet through it all the cunning nameless one watches and waits for her chance to strike. Will Aurthera and the lost children make it out alive, or will the final stretch of the island trials spell their doom?

“Astonishing world building in the story and architecture with puzzles was amazing and fight scenes are substantially explained waiting for upcoming books in series.” —Shaik Moosa

Historian, Translator and Author. I’ve travelled the world collecting stories and the secret mythologies of ancient cultures. I break apart lore and combine them to create something epic.