You are here: Home / Featured Books / Antagonist by Ana Ashley 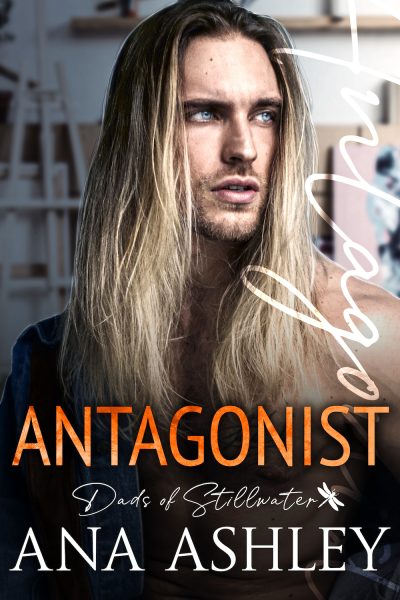 Meeting at a bachelor auction for charity had trouble written all over it as far as I was concerned, especially when the guy that won the bid for me seemed to be after only one thing…a good time between the sheets.

Refusing Fletcher’s advances was easy the first time round. After all, we weren’t meant to see each other again.
Except I’ve just moved to Stillwater where Fletcher lives.
Except both our kids are in the same class.

Now the kids are fighting and I’m ready to throw my own punches.
If only Fletcher wasn’t as goddamn irresistible as he is irritating.
When the fight moves from the playground to the bedroom, who will come out on top?

Get This LGBT Book From Amazon.

Ana was born in Portugal but has lived in the United Kingdom for so long, even her friends sometimes doubt if she really is Portuguese.

Ana Ashley writes sweet and steamy gay romance set in America, often in small towns where everyone knows everyone. Coming from a small town herself, she knows all about meddling families, nosy neighbors and that community spirit that comes from knowing people all your life.

You can find out more about Ana and her works-in-progress by joining her Newsletter. To sign up visit Ana’s website.