You are here: Home / New Books / Angel Tango: Beyond the Line of Duty 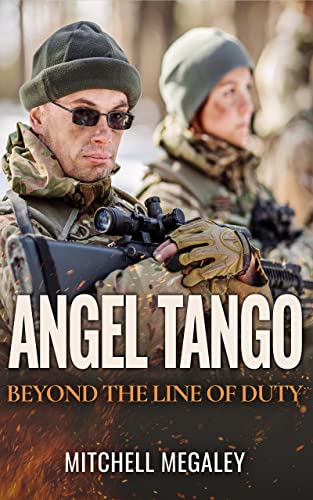 About Angel Tango: Beyond the Line of Duty:

Still mourning the loss of his best friend and fellow operative, Angel Organization’s biggest badass, Craig Walton, is once again called into service to save the day. His new partner is Claire Hope, the surviving member of the husband-wife duo William and Claire Hope, the best team in Canada’s secret service before William was killed in the line of duty.

Confined to a desk and raising the son, Claire has now been forced back into action and into a new partnership that upends the lives of both Claire and her new partner. You see, Craig has never met a woman like Claire. Smart and incredibly beautiful, Claire makes Craig’s heart race and forces him to rethink the very principles that have guided him his entire life.

For Claire, the attraction is mutual, but Craig’s recklessness makes Claire understandably hesitant to commit personally or professionally. Nonetheless, the pair must now face Monroe Cornwall, a psychopathic Englishman with revenge on his mind who finds Clare’s son to be the perfect target. Will Craig and Claire save the day and live happily ever after, or will this be another mission marked by tragedy in more ways than one?

Mitchell Megaley is a romance and fiction Australian-based author who began writing at a very young age, guided by his creativity. While he was growing up, his parents restored an old brewery, which also had been a village school and a farm. Fascinated by his environment and its happenings, this fueled his inspiration for writing after wandering through stories of his new home’s previous owners. Mitchell became fond of making notes and consolidating the patchworks into more extended stories that he would rather keep for himself.

He nurtured a great passion for writing and was compelled to let others in on his archive of drafts. Mitchell Megaley began distributing more elaborated stories to the inhabitants of the surrounding villages and cities, introducing them to his world of possibilities. He moved to Australia on a journey of self-discovery. Mitchell’s books are comprised of stories inspired by his past and new experiences in Australia, accompanied by unparalleled creativity. Mitchell paints the awe-inspiring landscape of Australia in the minds of his audience in form of mouth-watering literature on each page.